The Von der Heydt-Kunsthalle presents an exhibition of works by the artist Thomas Wrede (b. 1963 in Iserlohn, Germany), a photographer who occupies a singular position in the field of photographic art. This comprehensive overview of his oeuvre reveals associations and developments from his early black-and-white analogue works right up to the digital images he creates today. Wrede reflects on the longing for nature through the medium of photography. At the same time, he questions the fidelity of the photographic process.

In the early 1990s, at a waste disposal site on the Danish island of Samsö, he created dark photographs of a dying landscape whose surface has been disfigured by plastic sheeting produced by the agricultural sector. In these images, Wrede gives equal weight to both the appalling and the picturesque aspects of this plastic-infested landscape. In 1994 he captured the traces of the mostly fatal collisions of birds against glass windows in a series of large-format, black-and-white photos – ghostly images that seem to hover between the here and now and the great beyond; between the present moment and eternity.

One of Thomas Wrede’s other main focal points is the question of the picture within a picture. This is explicitly addressed in his photographs of photographic wallpaper in German apartments (Domestic Landscapes, 2000-2001), and the billboards and large-scale posters of the streets of New York (Manhattan Picture Worlds, 2002-2007). His analogue colour photographs look today like digital montages and demonstrate the skilled interplay achieved through the classic means of perspective, timing, and objective.

Having already focused his attentions on the jarring artificiality of German theme park landscapes in 1997, he continued grappling with the boundary between model and reality in his Real Landscapes starting in 2005. In these large-scale colour photographs, the world is rendered as a sort of model kit, as a great stage on a small scale, somewhere between idyll and catastrophe. Simple toy cars and small model houses are placed on the beaches of the North Sea islands and in sandboxes, so that a puddle becomes a lake, and a pile of dirt becomes a mountain. The sweeping, empty landscape becomes a stage for the realization of his images, invoking associations with American road movies and tranquil, romantic paintings.

Wrede’s photographic works explore the boundaries between the real, the unreal, and the surreal, and ultimately the fine line between truth and fiction. At the same time, the medium of photography does this in and of itself. In Thomas Wrede’s complex photographs, stories about our relationship to nature emerge – whether ironic or factual, amusing or dramatic. 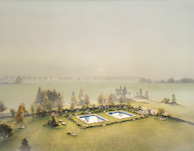 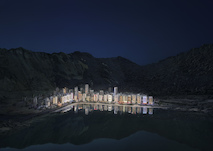 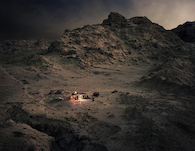 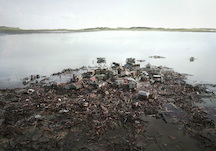 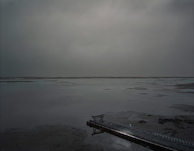 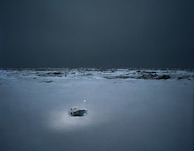 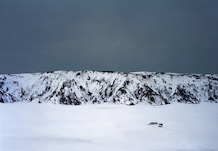 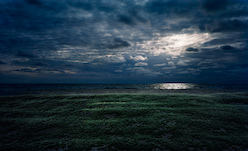 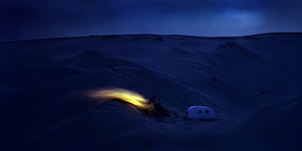 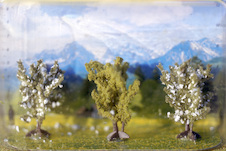 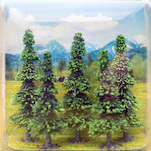 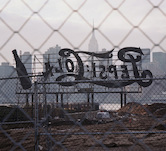 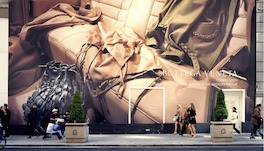 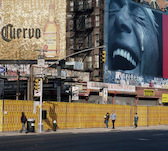 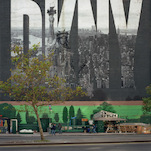 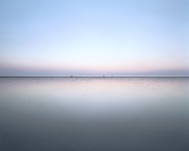 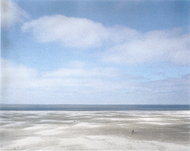 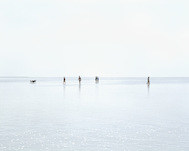 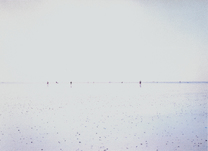 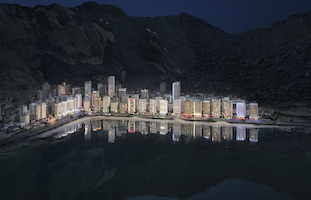 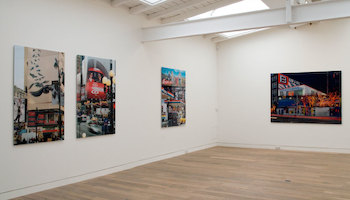 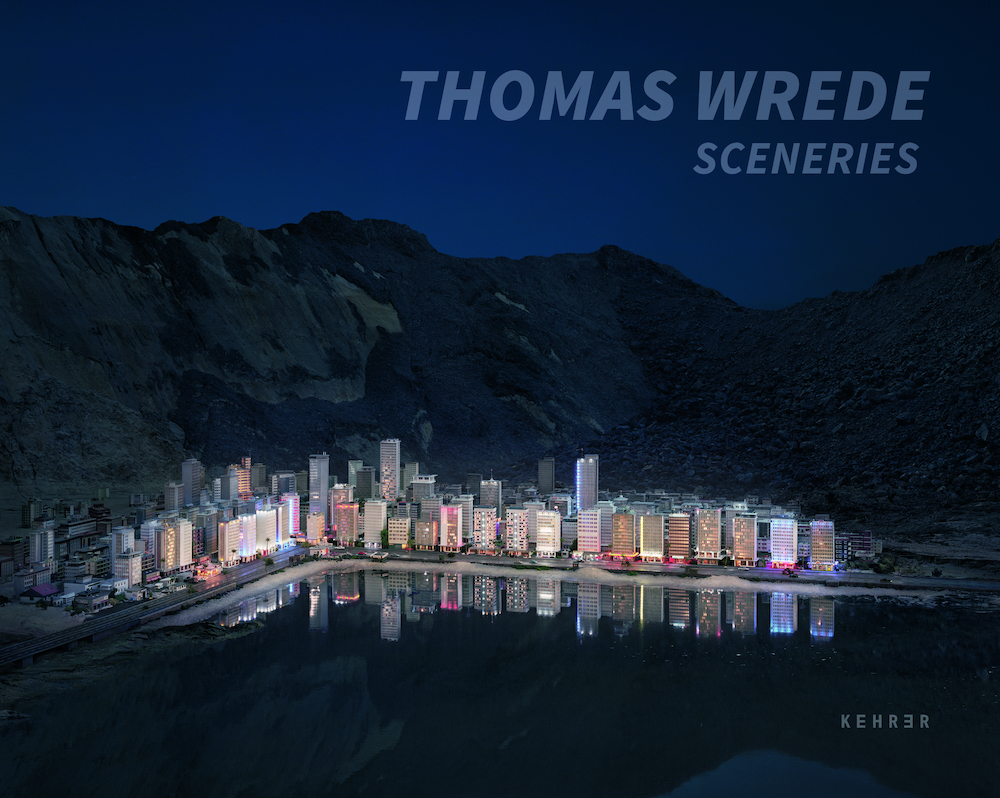