In one drop of water

In »The Sea of Untold Stories II«, a six meter wide painting by Desmond Lazaro which was commissioned by the Gallery of New South Wales, Australia, in 2019, universal themes merge with strictly personal ones. Golden waves unfold beneath a clear blue sky full of stars. They grow into ghostly apparitions of desolate mountain ranges and sandy deserts summoned by mind. An endless, anonymous stream of silhouettes carrying their scarce belongings is persevering at the foot of a threatening sea full of promises. Innumerable, like drops in the ocean, the migrants progress from shadow to light. Eventually, some very few rise to the sky, up to the stars leading the way, thus transcending this world. A sun of gold radiates in the firmament. Here the artist emulated a symbol common to both Indian and Islamic art, a shamsa he found on the passport his grandfather once traveled with, leaving Burma for England. Inspired by old manuscripts and early star charts, Lazaro transforms personal grief and hope caused by his mother's death into universal suffering, loss and the countless fates of migrants who, daring and full of hope, keep braving the oceans of this world.

In one drop of water 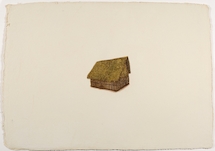 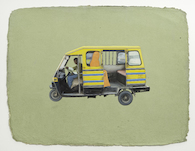 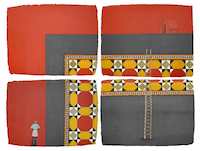 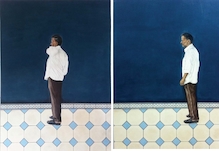 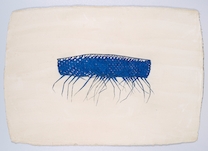 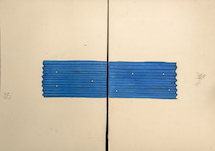 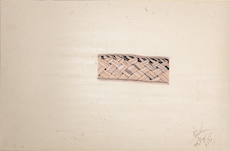 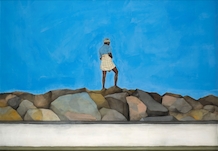 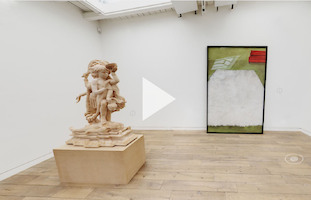 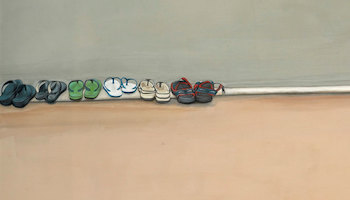 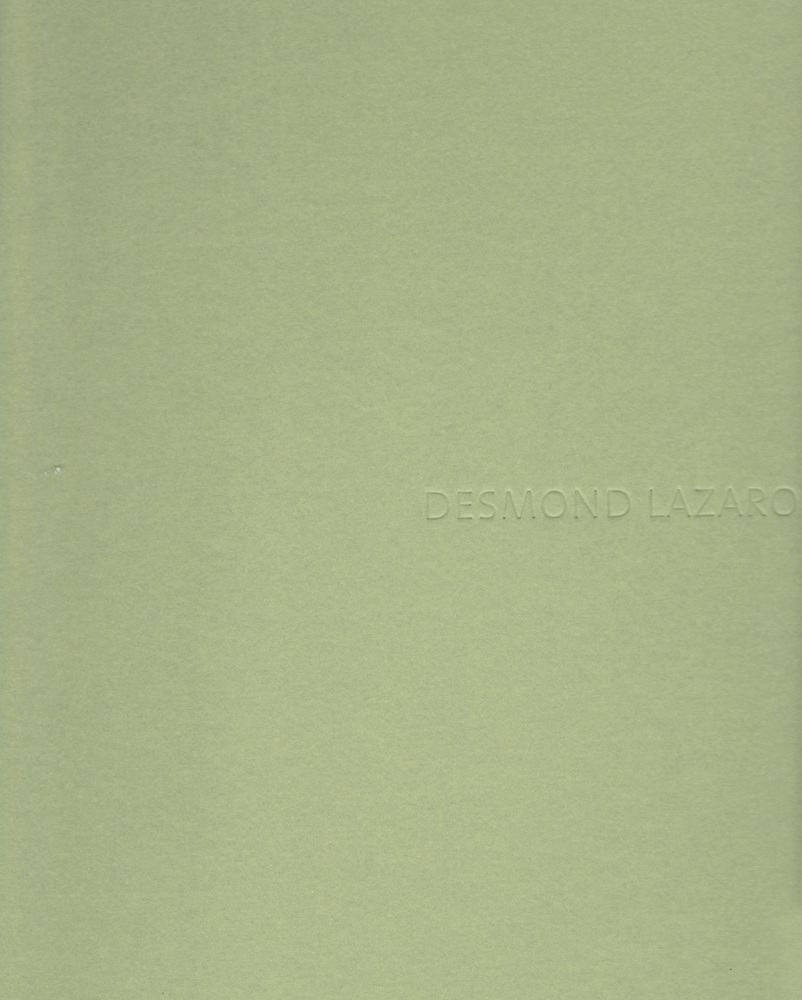