»The dialog between the two artists, and the cross-fertilization between their artistic approaches, creates a unique outcome ‒ namely an artistic exploration from the perspectives of two artist-subjects, and two artistic media. The project exceeds mere collaboration by far. It is on the grounds of a double-interlocking of two different perspectives and two different oeuvres that the artistic dialog was launched, culminating in two bodies of work, the blanket titles of which already express exchange and shifts of perspective. As part of each artist's respective oeuvre, Brohm's »Culatra« and Ottersbach's »Areal« are parallel to, albeit independent from each other. Both series are autonomous; and yet they are not ‒ in terms of their creation and reciprocal impact on each artist's oeuvre. The one is inconceivable without the other.«
(Thomas Wagner, »Culatra/Areal or On the Gradual Production of Images Whilst Seeing«, in: Brohm/Ottersbach ‒ Culatra/Areal, Göttingen, 2009) 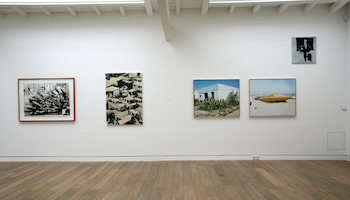 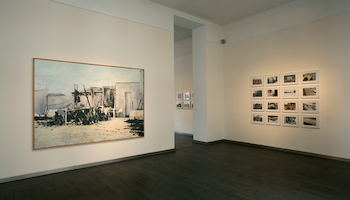