We are pleased to announce that works by Tamara K.E. from the collection of Daimler Contemporary will be included in the group show '31: Women' at Haus Huth in Berlin. The show opens Saturday, February 29, 2020, from 3 – 6 pm.

›31: Women‹, the Daimler Art Collection’s new Berlin show, references two groundbreaking presentations held at Peggy Guggenheim’s New York gallery Art of This Century, the Exhibition by 31 Women, 1943, and The Women, 1945. Initiator and co-curator was Guggenheim’s friend and advisor, the artist Marcel Duchamp. These were the first exhibitions in the United States that focused, to this extent, exclusively on women artists. The women represented a young generation, from eleven different countries. In terms of content, representatives of Surrealism found themselves alongside abstract painters, Dada-influenced artists and previously unknown new trends.

Taking its lead from these important founding documents of feminist art history, the exhibition ›31: Women‹, with some sixty works from the Daimler Art Collection, brings two longstanding emphases of the collection into sharper focus. The concentration on leading female figures in twentieth- and twenty-first-century art and the research and projects conducted since 2016 on Duchamp, curatorial practice, and the readymade. Our ›31: Women‹ show begins, in historical terms, with works from the Bauhaus and concrete art traditions, moves on to European and American movements such as Zero and Minimalism, and then broadens the horizon with younger artists from India, South Africa, Nigeria, Chile, Israel, the United States, and other countries. The exhibition brings together early feminist trends and global perspectives of contemporary art in surprising constellations and thematic stagings.

image: Tamara K.E.:  I never knew what did Jesus want, 2001, Tempera on canvas, 120 x 320 cm. courtesy of the artist and Daimler Contemporary Berlin 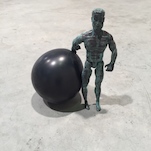 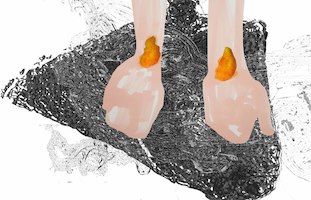 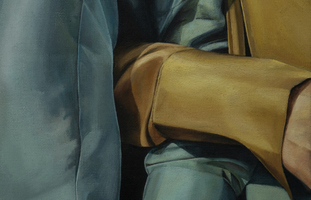