From 16 September to 6 November 2022, the Galerie für Gegenwartskunst at the E-Werk in Freiburg is showing the solo exhibition 'Susanne Kühn. Proliferation, Vasa, Auginella and Other Sprouts'.

In her solo presentation, Susanne Kühn explores the potential of virtual reality for new forms of pictorial thinking. In doing so, she subjects representations of humans and plants and their biological structures to reinvention. Organic forms can take on technoid structures or grow into human-like beings.

Virtual reality (VR) are three-dimensional worlds generated in real time by special software that appear real. While computer game aesthetics, as a field of application of VR, strive for plausibility and fidelity to reality, Kühn uses deviation, incongruity or distortion to create fantastically proliferating universes. Her pictorial worlds of the natural are characterised by exuberant vibrant growth. Confining principles such as architecture are pushed back. In the first representations of nature in Western art history, for example in Konrad Witz’s paintings, plants and flowers appear small. Because nature was considered a threat to the divine order, only controlled and marginal depiction were allowed. Kühn, who paints in times of post-feminism and the post-anthropocene, has long since taken off blinders of this kind. With self-confident painterly relish, she stages the potential of VR for the visual reinvention of the natural. Due to the generative principles of VR and natural growth, there are no limits to Kühn’s pictorial inventions.

At its core, Kühn’s painting is committed to precise craftsmanship, which enables her to interlink a wide variety of painterly languages. For the first time, Kühn’s ceramics are shown in this exhibition. As sculptural plants they extend the pictorial space of her most recent paintings into real space. In a new series of works on paper, she sketches floral inventions. Furthermore, a slide projection with photographs from Kühn’s image archive shows the individuals who populate her paintings of the last 10 years. They imitate poses from paintings in art history and capture ephemeral moments in the process of painting, in the presence of unfinished paintings. 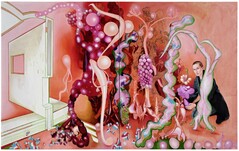 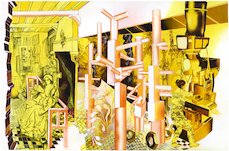 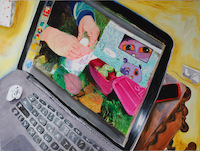 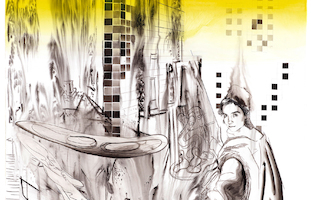 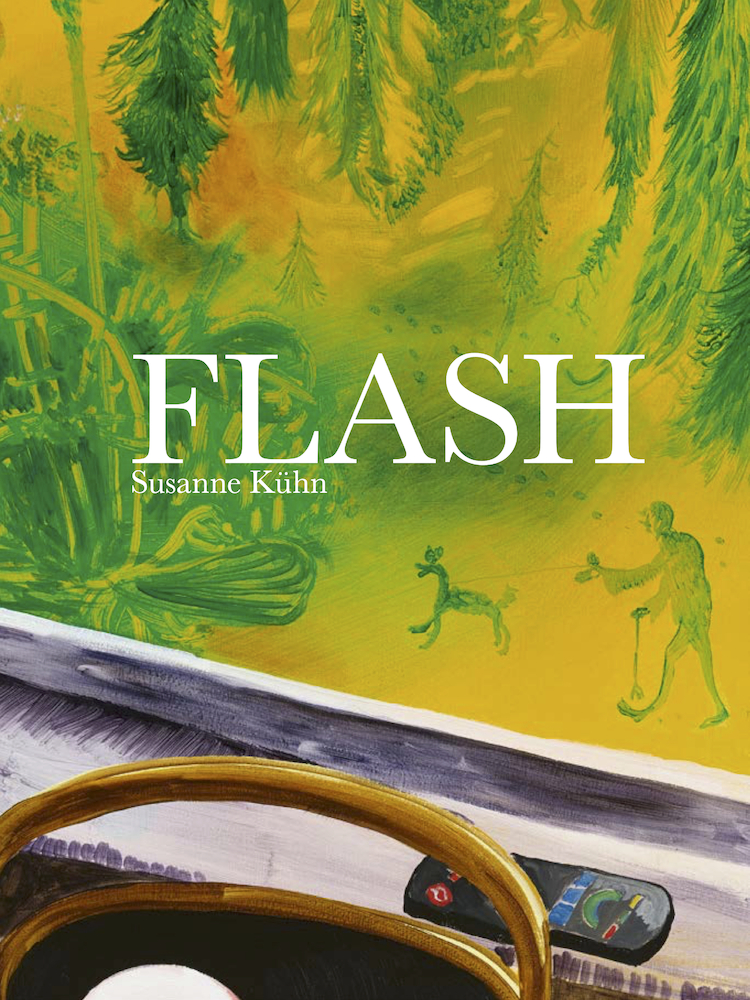