Chris Reinecke: Participation of Me and Us.

With the exhibition Participation of Me and Us. Living and Housing and Working in the City. Düsseldorf 1967 - 1971, the Stadtmuseum Düsseldorf is showing a convolute of pamphlets, flyers, leaflets and "posters" (the quotation marks refer to the DIN A4 format of the sheets), supplemented by some objects, from Chris Reinecke's archive. They date from the late 1960s, when Chris Reinecke caused a stir in the Düsseldorf art scene as co-founder of the Lidl-project, which later became Mietersolidarität (Tenants' Solidarity). The exhibits show the extent to which art, politics and life were interwined in the discourse of the time and the revolutionary power that was attributed to the „Erweiterten Kunstbegriff“ (expanded concept of art) as a collective process. Above all, however, they surprise us with the almost unbroken validity and the clear-sighted way in which Chris Reinecke confronted the social, political, economic and artistic questions of her time, many of which still are debated today.

Chris Reinecke began her artistic career as a painter in Paris in 1959, studying first at Atelier de Dessin et d'Arts Décoratifs and then at the École Nationale Supérieure des Beaux Arts. In 1961 she left France, disappointed by a backward-looking academic teaching system, and returned to her family in Düsseldorf. In the same year, she began her studies at the Kunstakademie with K.O. Götz and then switched to Gerhard Hoehme's class. At this time being the only woman in the fine arts classes.

In 1964 she met Jörg Immendorff at the academy, whom she married a year later. After completing her studies in the same year, she began to position herself artistically in the Düsseldorf scene, which had meanwhile been influenced by Joseph Beuys (with whom Immendorff studied), embedded in Fluxus, Happening and New Music and amidst a politicised student movement that was forming. Reinecke's work during this period is characterised by a participatory principle. She initiated starting points for open processes that aimed to make the audience aware of the possibilities of their own actions, sensitise people to the conditions surrounding them and, in this way, lead to an expansion of audience’s experience. In the early performances that followed this idea of a collective process, for example, the Umgebungskleider (enviroment dresses) were created. Reinecke noted down impressions and perceptions on transparent plastic dresses that were put on the participants of the performance. During exhibitions, Reinecke would present works such as Klima-Tisch (climate table), where visitors were able to simulate different climate conditions on landscape panels with fans, coloured lights, powders and room sprays, or Dom-Bild (cathedral picture), a drawing of Cologne Cathedral on which the audience was supposed to stick their chewing gums.

In 1968, at the height of the student revolts and under the impression of communist theories and contact with political activists groups, Reinecke and Immendorff came to conclusion that new ways were needed to reach an uninformed, culturally uneducated audience, the "normal" population. Thus the Lidl-project is launched. At the Lidl-Raum (initially on the corner of Blücherstrasse and Parkstrasse in Düsseldorf-Pempelfort), exhibitions, performances and events on social and political themes took place. Lidl was a platform open in all directions: open to any audience, open to the participation of other artists and contributors. Thus Lidl offered an exemplary framework for testing the "expanded concept of art" and the intended overcoming of the divisional segregation of artist and audience. Reinecke's work, which had now completely developed away from the creation of artworks towards performances, explored the relationship of the individual in the socio-political structure, illuminated the relationship between work and creativity, and questioned the validity of normative social categories such as gender and class. During the performace Zeit und Arbeit (Time and Work), for example, she simulated an 8-hour day at the computer during a Lidl-appearance in Copenhagen (by then she worked at the Düsseldorf tax office to finance a living for herself and Immendorff). Another performance saw her teaching women how to solder and men how to crochet. Particularly the leaflet NORM NORM NORM summarises her thoughts on gender relations and normative categories in generel at that time.

In the years up to 1970, Lidl had become strongly politicised. Not only it took actions against the art establishment - disruptive actions by Lidl in the context of the exhibition "Jetzt - Künste in Deutschland heute" (Now - Arts in Germany Today) lead to the arrest of Lidl members and the exclusion of the group from the exhibition – by movig the Lidl-Raum (which now traded as Büro Olympia as parts of Lidl-mebers protested against commercialisation and politically motivated subsidies in sport and declared their opposition to the 1972 Olympic Games in Munich) to Neubrückstraße in Düsseldorf’s center, it became a focal point for various political and social activist groups. Reinecke wrote pamphlets and action leaflets and made window posters. SPORT (as a possibility for a playful gathering as a collective) and TRANSPORT (as a metaphor for social mobility and change) appeared on them like battle cries. At the same time, the figure of Minna Beuff emerged, a sort of alter ego with which Reinecke negotiated the struggle for her autonomy as a woman in the environment of a political activism still dominated by men.

More and more often, tenants' associations that had joined forces in Düsseldorf in the fight against housing shortage, speculation and rent-seeking sought contact with Büro Olympia. In the summer of 1970, the Selbst-Hilfe Wohnen was founded, which a little later renamed itself Mietersolidarität (Tenants' Solidarity). Reinecke organised meetings in parks, helped in disputes with authorities, visited accommodation for guest worker families and, of course, pamphlets and posters were produced, which became increasingly strident in tone and agitation. Under the motto „Baut Euch Eure Häuser selbst“ (Build your own houses), a week-long protest took place in September 1970 on the square in front of the Schauspielhaus, which Lutz Mommartz documented in his short-film Mietersolidarität.

For Reinecke, making art began to subordinate to the actual political work during this period. Tensions and differences over artistic and political strategies within the Lidl-group became more and more virulent. While Reinecke was involved in Mietersolidarität, other Lidl-members came to terms with a beginning establishment of the „anti-attitude“ and its marketability within the art world, which deeply disappointed Reinecke. With the text Mischeis trinken. Minna Beuff. Alarm. Roman III, she announced her separation from Lidl and formulated her view on the developments within Lidl and the art world in general in the last great pamphlet KUNST MUSS SEIN. According to her own statement, it was precisely this text that led to the final break-up with her old companions, some of whom later on succesfully pursued their careers in the art world and whose perspectives continue to shape the view of the Lidl-time to this day.

Reinecke continued her work in Mietersolidarität until 1971. She basically withdrew from the art scene and would not participate in exhibitions again until the 1980s.

Chris Reinecke was born in Potsdam in 1936. She lives and works in Düsseldorf.

When we started planning the exhibition together with Chris Reinecke and Bernd Kreuter from the Stadtmuseum Düsseldorf, we could not foresee the situation we would find ourselves in today. As in many museums, exhibition schedules at the Stadtmuseum Düsseldorf are made several years in advance, so that the only way to react to the current closure of museums would have been to postpone the exhibition for several years. We have therefore decided to set up the exhibition nonetheless and hope that it can be made accessible to the public at least for a short time. 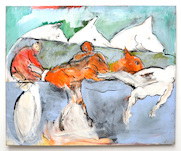 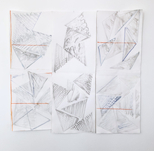 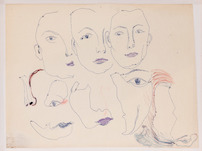 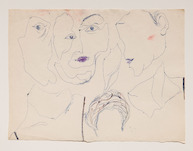 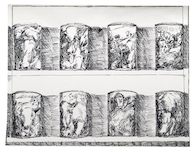 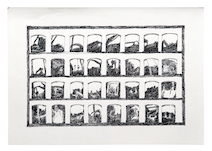 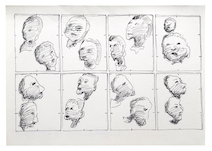 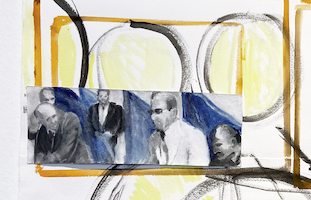 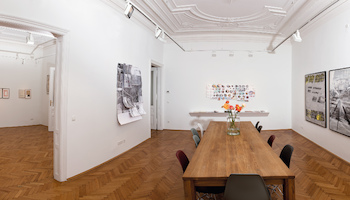 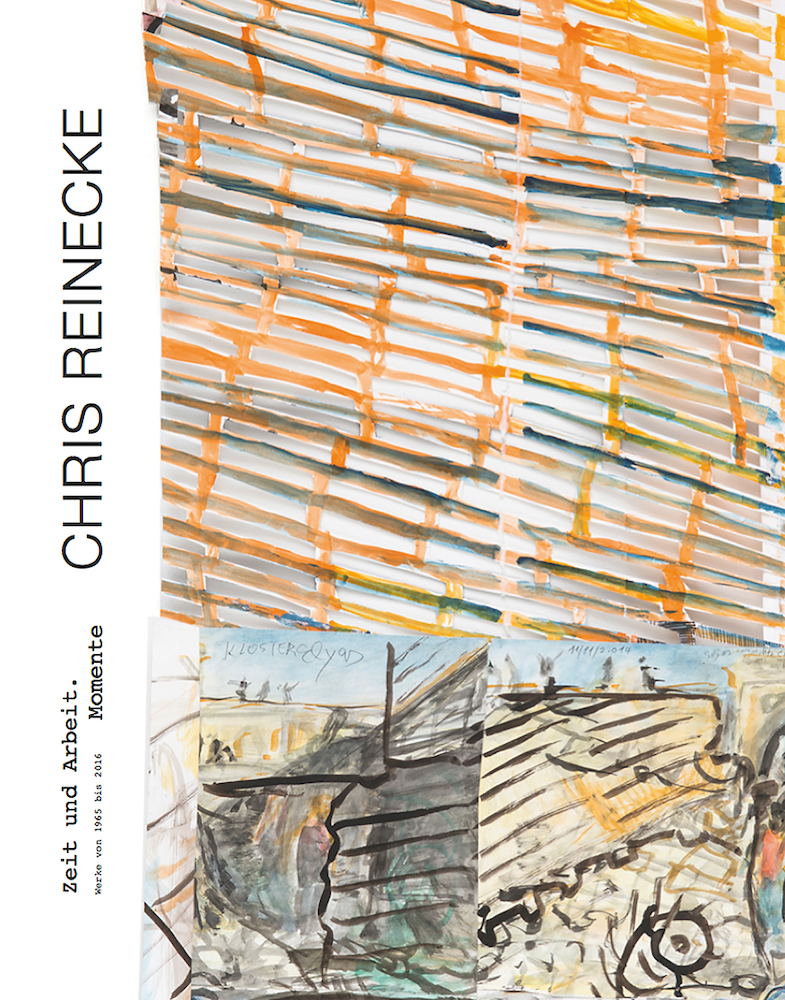